Above: a photo of group session

On May 25th 2019, a general presentation about AJAN by its director Fr. Elphege Quenum SJ. kicked off a training of trainers undertaking at the Centre de Recherche, d’Etude et de Créativité in Cotonou, Benin scheduled to end on 1st June 2019. AJAN’s reason for existence was unraveled to the participants as a way of laying ground for the essential AHAPPY training. This was followed by an expression of the expectations of participants about the training and over six days, five modules of AHAPPY were administered. 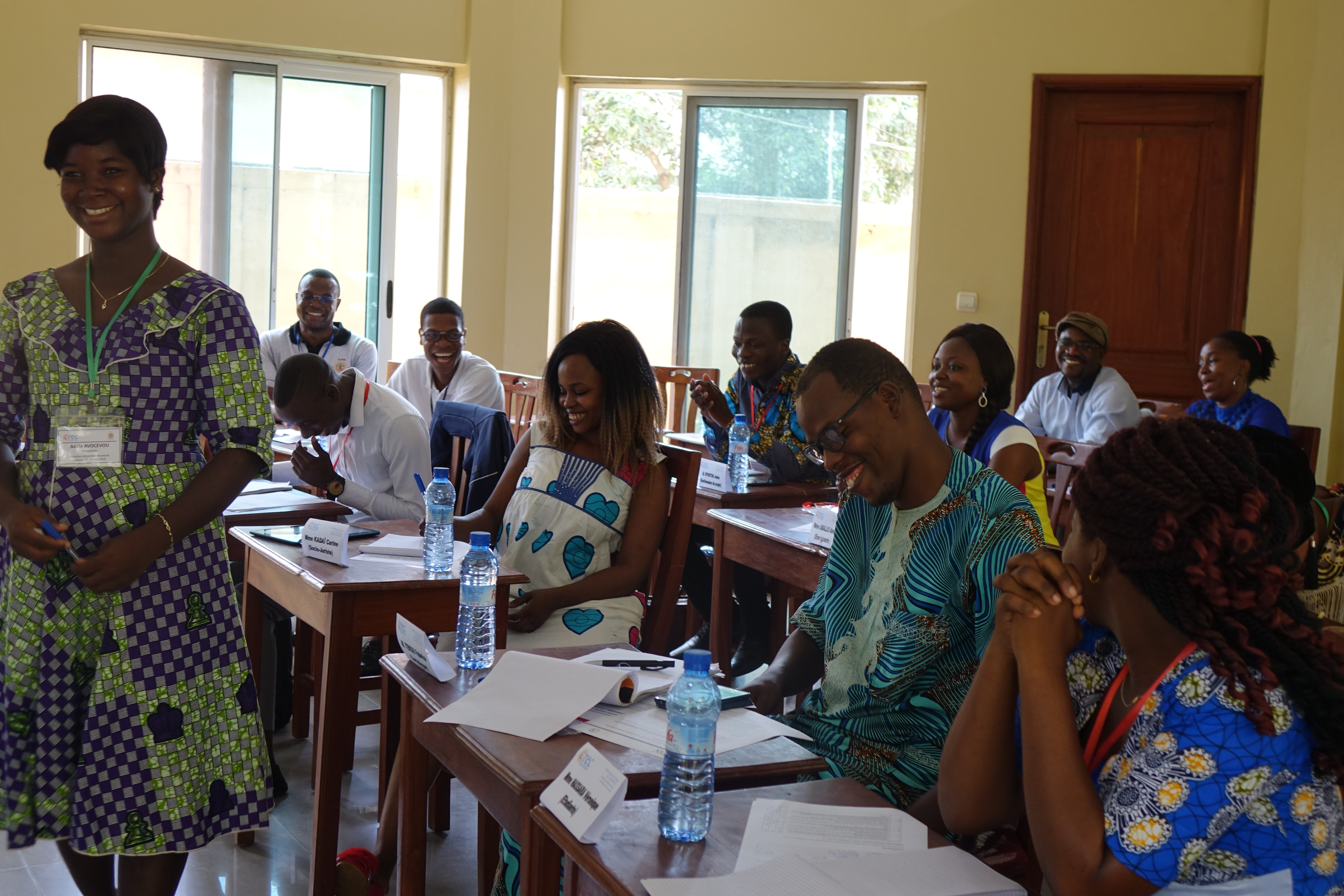 A light moment as a participant makes a point

At the end of this training, the Benin youth expressed their gratefulness and pledged that they will take time to delve deeper and study the AHAPPY manual. They also promised to disseminate important information in order to impact their society positively. Indeed, they enthusiastically formed four groups namely; Brilliants, Panta-Rhea, the Wise and Wisdom which they would use as conveyor belts for AHAPPY program.

Indeed, by the word of the director of Centre de Recherche, d’Etude et de Créativité, Fr. Claude Domfang SJ., AHAPPY would do the community great justice if it was administered widely. The community of Benin has been considering introducing sexual education for younger children in secondary and primary schools with the government of Netherlands proposing a certain content which Benin could also adopt. However, after attending a certain stakeholder discussion in Benin on the Netherlands proposal, he felt that it may not be what the society needs to prepare children for life.

Benin sits in West Africa where over 6.1 million people are living with HIV with the country having 70,000 of this number. Benin has 2,500 HIV-related deaths yearly and had 4000 new infections over 2017 according to UNAIDS. About 48% of those infected in West Africa (6.1M) only got to know their statuses in 2017 and only about 40% of the number are undergoing treatment.

As by AVERT 2018, the major barrier to addressing HIV in Benin is stigma and discrimination something which the participants of this AHAPPY training confirmed. In Benin, people do not openly discuss issues to do with HIV and AIDS making it difficult to address.

Below- Participants lad to get certification after successful completion of course 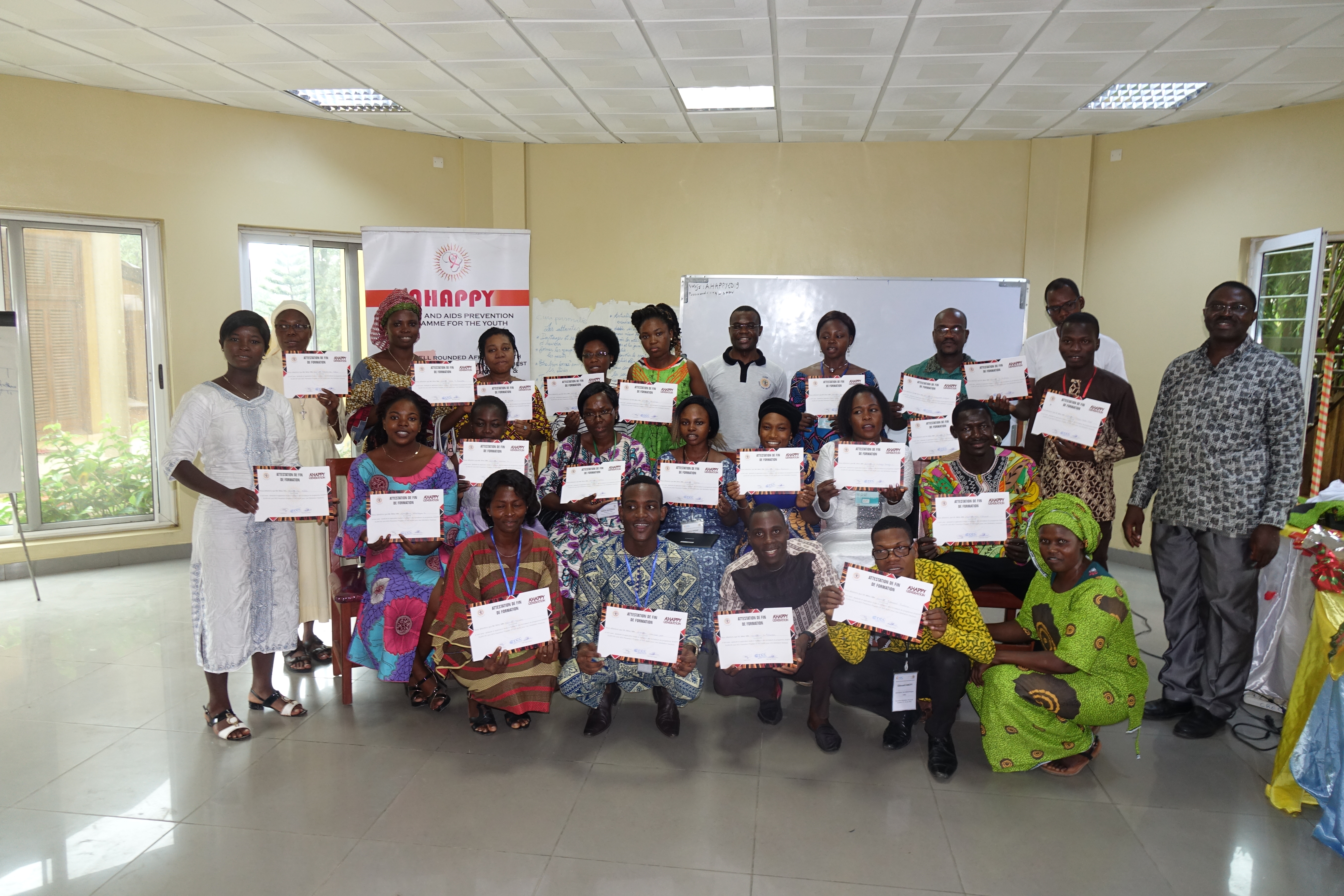 According to the director of Centre de Recherche, d’Etude et de Créativité, Fr. Claude Domfang SJ., teenage pregnancies have been on the ascendancy in Benin, something which, unfortunately, is seen as normal in the society with girls as young as 14-17 years dropping out of school. This a great problem for Benin in relation to HIV and AIDS as Benin government seeks to introduces sex education in schools.  The priest trusts that AHAPPY can help stop adolescent pregnancies.

Below-participants indulges in a group discussion 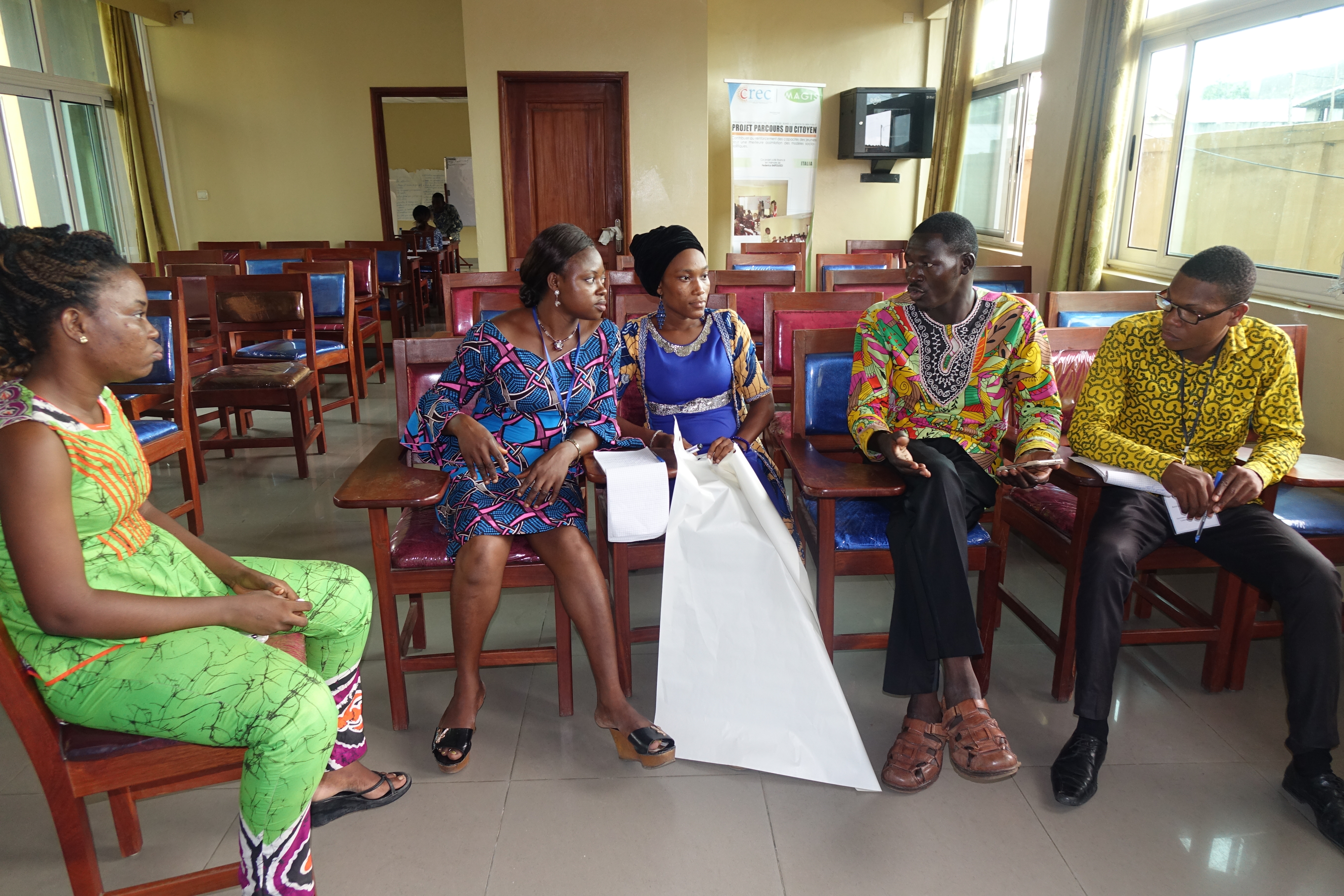