St. Teresa, a parish run by the Society of Jesus is located at the heart of Rumbek. Rumbek is the headquarters of Western Lakes state of the Republic of South Sudan. It is here that AJAN conducted a AHAPPY training of trainers from 13th June 2019 to 16th. 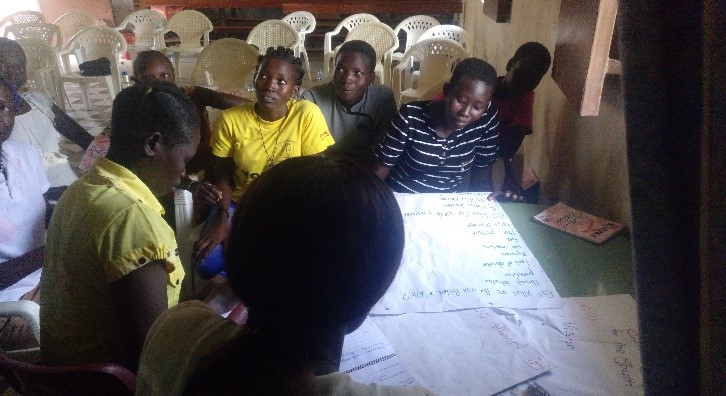 A research conducted within the Sudan People’s Liberation Army (SPLA) in 2017 showed a surge in HIV/AIDS prevalence which is a real concern for this new country with limited access to medical or HIV preventive services, and which has low literacy levels. This concern is what made Fr. Augustine see a need to empower the local youth so that they can be able to take the lead in sensitizing their community and instilling constructive change. 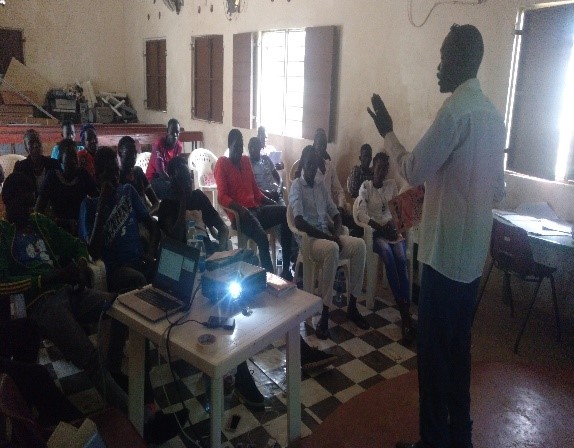 In the community, the local name for HIV & AIDS is Adarwel, meaning something that is resistant to medicine and for which there is no cure. Thus it is understood that once someone is said to be Adarwel, a death sentence is passed on him or her. People even fear health practitioners coming to knowledge of their statuses. There is even the lack of confidentiality at the testing centres. As a result, the people who do not know their status are many, thus plunging the population into greater risk of infection.

AHAPPY training became one of the required interventions for the youth who are very vulnerable and at high risk of HIV infections due to both cultural and political factors.

The participants of this AHAPPY exercise were from the four parishes; St. Teresa, Sacred Heart, Holy Cross and Holy Family Cathedral, with the host parish (St. Teresa) having a bigger share of trainees. Other groups working in the diocese also sent in their representatives; these were the Primary Health care of the Catholic diocese of Rumbek and staff of Radio stations working in Rumbek town.  A total of 29 participants started and on completion were awarded certificates.

Fr. Augustine Ekeno on his part assured them of his support, guidance and mentorship in their execution of sensitization activities. Fr. Ekeno, in the closing remarks encouraged them to be devoted emissaries and negotiators of the changes they hope to see in the community especially of leading the people to a HIV & AIDS-free generation.  He reminded them that they are being sent, not only by the Parish of St. Teresa or by the diocese of Rumbek, but by the church to take education to all the community.

Fr. Augostine Ekeno, hands a certificate to a successful participant 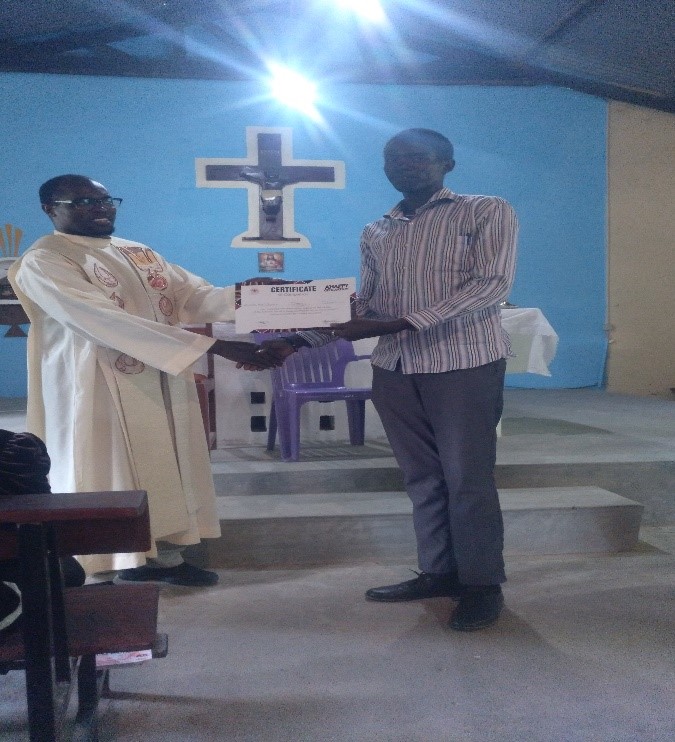