The world has been experiencing a virulent health crisis due to COVID-19 for a few months now. Africa is not ‘immune’ as some citizens may have believed and nobody should play the fool.

The spread of the virus is now active in all countries and Chad recorded its first case in March 2020. The government immediately initiated measures to limit the spread particularly by reducing interactions as much as possible and by strengthening the hygiene system. Borders, churches, mosques and schools were immediately closed. The general tendency to confine people, which so far seems to be the least harmful, is a plausible option for Chad as well; but this will require a number of accompanying measures without which the populations, especially the poorest, would bear the full brunt of the impact.

In his address on 12 April, the President of Chad announced a number of measures, a commendable step, in order to enable the disfavored in our society to survive in this time of crisis. “It is the responsibility of the State to provide appropriate support and efficient assistance to our populations and our companies, which are going through hard times on the socio-economic scale”, said the President.

“The support of the State; water and electricity bills for domestic users (households) over six and three months respectively, and the exemption from custom duties and taxes on medical products and equipment, are some of these accompanying measures, which are a guarantee of survival in these tumultuous times”, he added.

Courses and examinations have been suspended at both the faculty of medicine and the health school. A scientific committee and a college of seven doctors have been set up to anticipate issues of detection of suspicious cases and possible treatment. The medical director of the CHU-BS is a member of the COVID-19 treatment unit set up by the Ministry of Public Health. 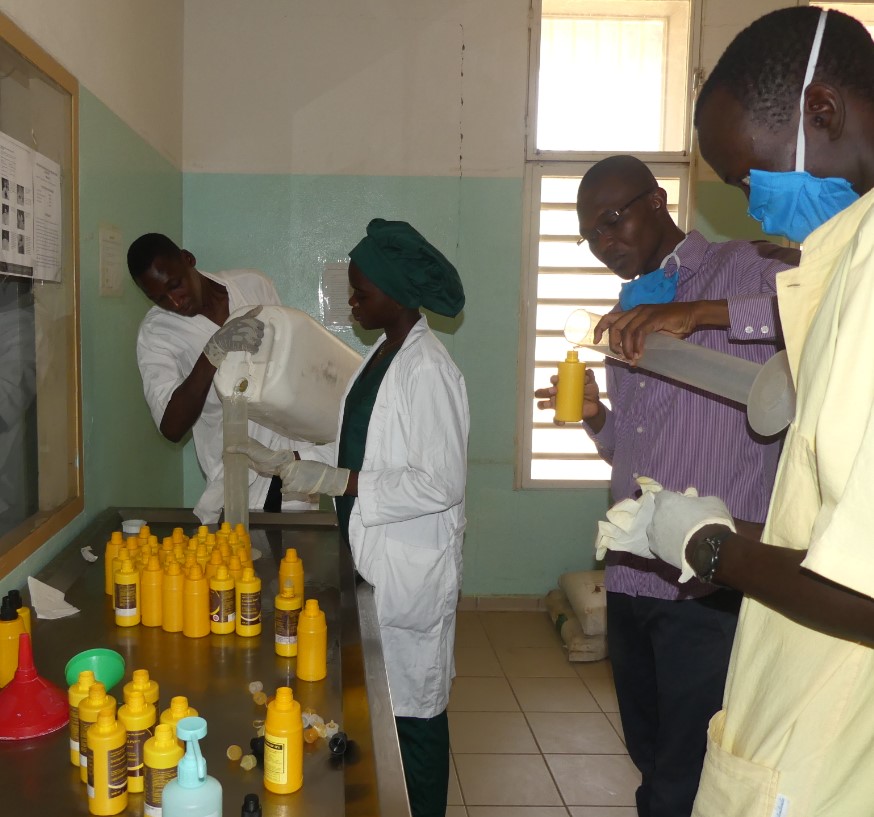 With the help of the University of Lleida in Spain, a ‘patient selection station’ has been set up at the entrance of the hospital to detect possible cases of infection. Thanks to the support of the Recover Foundation of Spain, we have set up a hand sanitizer production unit; we expect to eventually produce 400 liters of hand sanitizer. However, this quantity is simply equivalent to a strictly internal use available to staff for a maximum period of two (2) months. We have also obtained donations from certain partners for the reinforcement of barrier measures against the spread of the virus; these include hand sanitizers received from the Breweries of Chad, face masks received from the Apostolic Nunciature, soap and buckets for washing hands received from several Associations of young Chadians.

The protection of healthcare personnel, a strategic choice for the CHU-BS

The health and economic risk that the spread of the virus presents is enormous. Health care workers are at high risk (both in hospitals and in the neighborhood) while they are the backbone of the country’s entire health care system. Sadly, if we do not strengthen their protection, we will definitely experience a total collapse of the health system. It means that, if one staff member is infected overnight, the entire hospital will be quarantined and thus closed down.

Therefore, the current fight cannot stop at the level of prevention, but it is time to start thinking now about stepping up our strategic response. In concrete terms, there is an urgent need to speed up the process of procuring tests as well as the quantity of personal protective equipment. The project to acquire the COVID-19 laboratory is an absolute necessity for Bon Samaritain Teaching Hospital, given that the country has only one laboratory, with a quantity of tests that is very insufficient compared to the population whereas screening is the starting point of care. 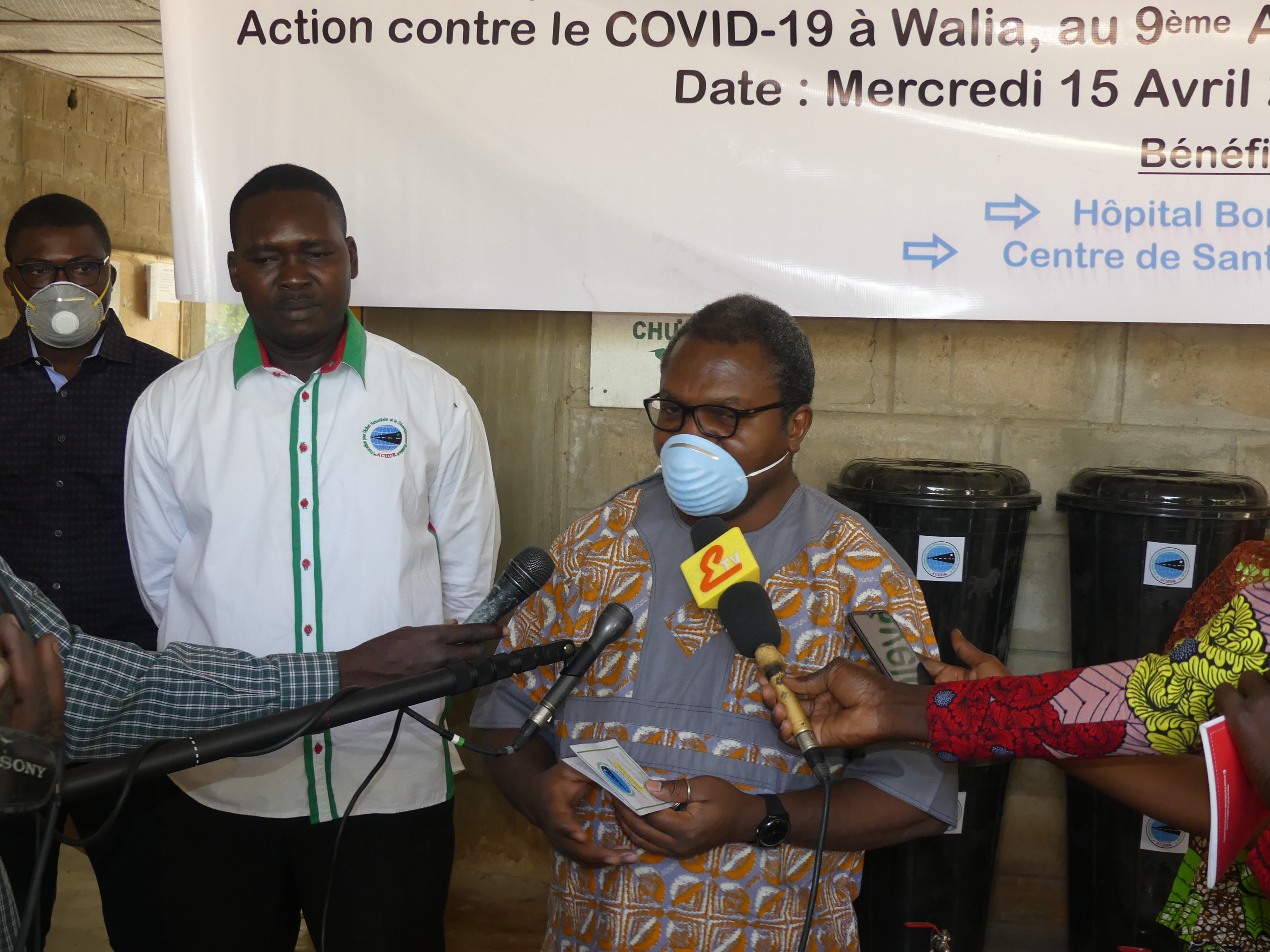 For a Christmas that augurs a great future and hope