The piercing and mellow voice of one Charity, a young soloist rents the warm OLM Shauri Moyo air. In animated musical support, are most of 147  fourth form students of the school, as Fr. Ismael Matambura leads the school fraternity in prayer. It is advent, a time for devout and joyful expectation and the vicar has arranged the readings of the mass according to themes of hope, preparation, joy, and love, emanating from Isaiah 40: 1-5,9-11, II Peter 3:8-14, and Mark 1:1-8.

“Preparation for the return of Christ cannot be passive, it must be active”, weighs in the AJAN director, a Jesuit priest from the Democratic Republic of Congo. “Preparing the way of Christ means sharing the good news, comforting one another, and straightening the rugged mountains and hills of jealousy, anger, pride, lies, drug abuse, fornication, and sex addiction, pornography, abortion, and such things”, says Fr. Ismael as he devotedly steers the message home. In his message, ‘ruggedness’ also refers to laziness, lack of enthusiasm in prayer life, fear, lack of passion, motivation, and lack of respect for elders.  “One may not be prepared for examinations if they do not have self-belief. You should also believe in your God-given capacity to do good”, the priest delves deeper.

OLM Shauri Moyo’s vision of becoming a leading girl’s school providing holistic education, is perfectly on track, if the focus, passion, and devotion the current form four class exhibits is anything to go by. The school was founded in 2008 through the joint efforts of the parents of OLM Primary School and Catholic Arch Diocese of Nairobi, becoming the first purely girls school in Kamukunji Sub-county of Nairobi. “We cater majorly for students from low and medium-income families”, a calm Mrs. Kiruja, the principal would later say to me.

Besides the solemn moment with God, the visiting team was keen to at least add one more life skill to the jubilant girls and after the projector was set up, Fr. Ismael started us off with a further emphasis on the need to appreciate God’s good plan for every individual where he created out of love and entrusted the world to man. He would proceed to impress on the girls the need to have a positive outlook about life in spite of challenges. He also dissected the need to have a balanced life in all dimensions; physical, emotional, spiritual, intellectual, and social which are necessary if one is to undertake fully the responsibility God has bequeathed on them.

AJAN’s Steve Arodi and Caleb Mwamisi teamed up to engage the school in a session that explored sexuality, HIV and AIDS, and Drug abuse. Recent statistics have shown how increasingly infected teenagers, especially girls between 15-19 have become. Although presented with gusto, it is a solemn subject in which the girls gave good thought and gripping attention. The uniqueness of the situation the girl child finds herself in was scrutinized, the need to cultivate a winning mindset emphasized and the need to treat the infected and affected came into good focus. The ladies weighed in with their points and it made great fodder for an impactful session. 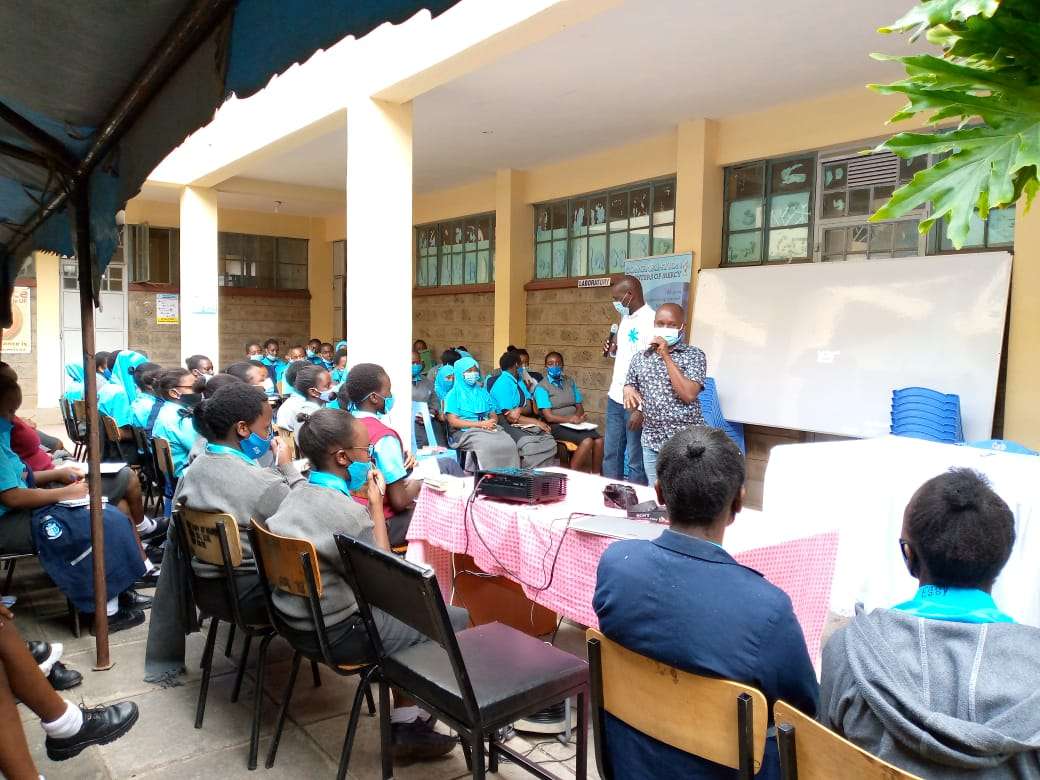 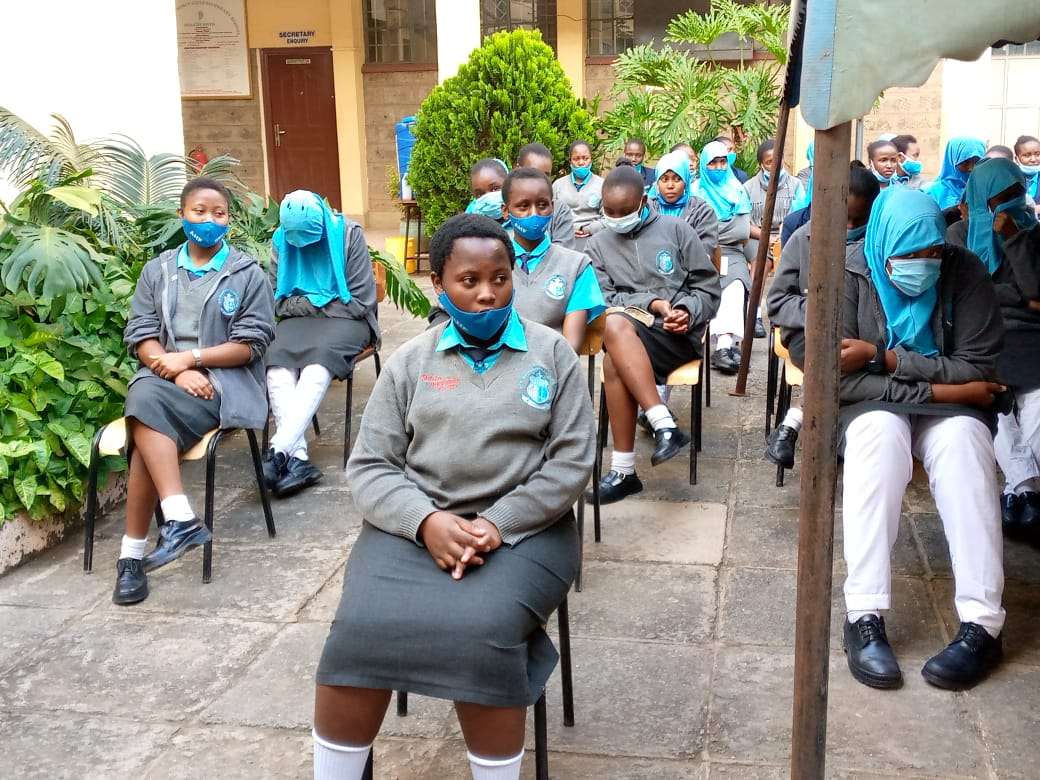 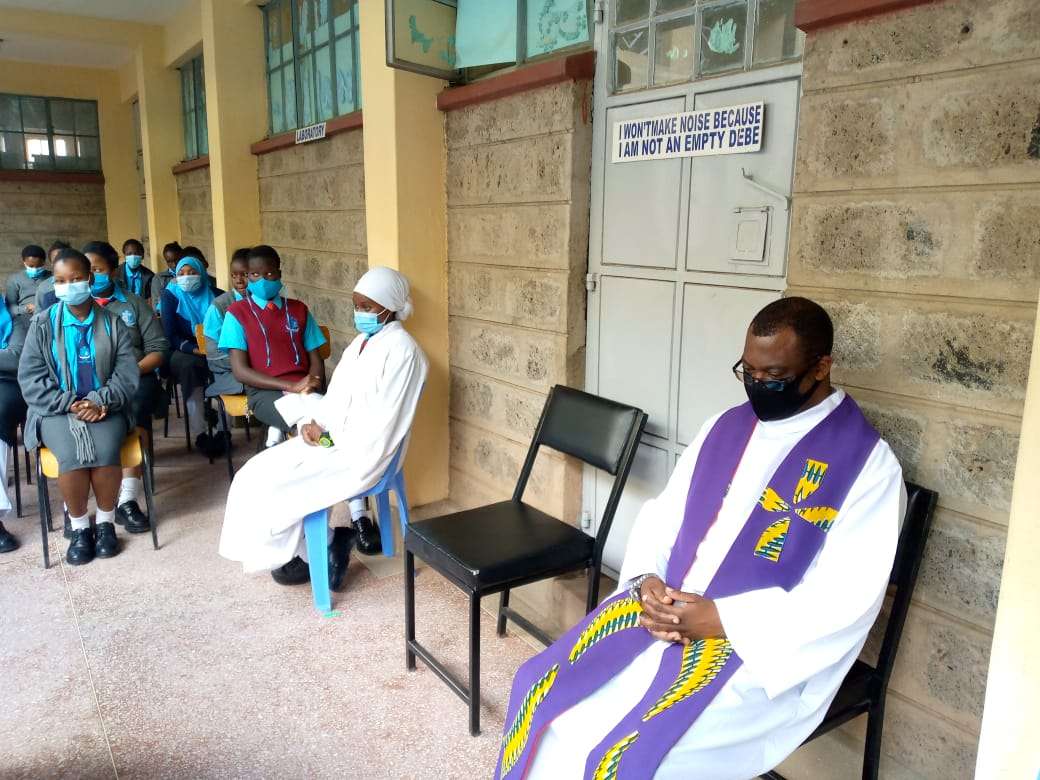 Sister Rose of Mercy Education Office vehemently pleaded with the girls to live an intentional life of wisdom. Using the example of a pencil, she exemplified the need to keep their lives in the hand of God as he is best-placed to develop good fruit out of them, being the designer of it. The afternoon saw a question and answer session where diverse questions the students pumped were deliberately responded to by a panel of the day’s trainers. A healing session ultimately came where students were guided to reconcile with their past, sought forgiveness with God, and dedicated their lives to begin a new chapter as they await progression to university. “The training was very educative and helpful. Students obtained clarity on many issues affecting their lives. They desire more of the same in the near future.”, fed back Mrs. Kiruja who had kept away from the sessions to enhance ease for student participation.