Recent HIV and AIDS statistics which the UNAIDS has provided must be of great concern to the young African girl.  Girls between the ages of 15 and 19 are the most infected by HIV in Africa. This information is a concern for organizations involved in intervention against HIV and AIDS in Africa such as the African Jesuits AIDS Network.  The partnership between AJAN and the Mercy Education Office in Kenya has enabled the training of learners of schools affiliated to Sisters of Mercy in the country. The main focus has been to encourage the young to cultivate the right mentality in a journey towards becoming integral persons in all dimensions. The approach is always participatory.

Early on Sunday 14 December 2020, God’s morning star came out moderately hot. This was telling of its blaring intent for the day as AJAN and MEO trainers arrived at Huruma Girls High School in Nairobi. As if actively conscious about the subtle thief of youth that is time, the young ladies were eager to gain more life skills as they received us and exuded energy as they put together the venue and then participated in the mass. The school principal, Mrs. Gikonyo welcomed us to interact with the students. 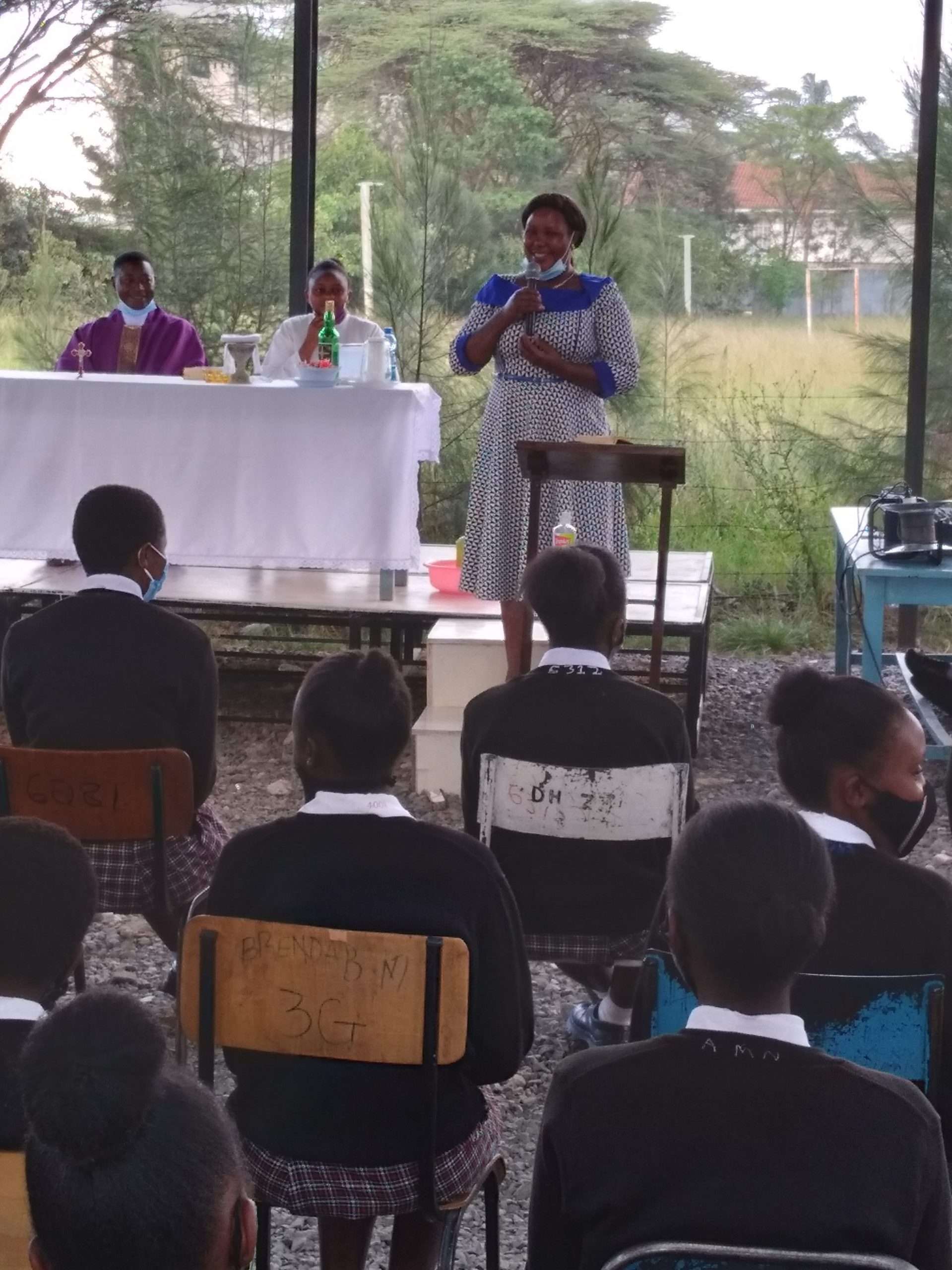 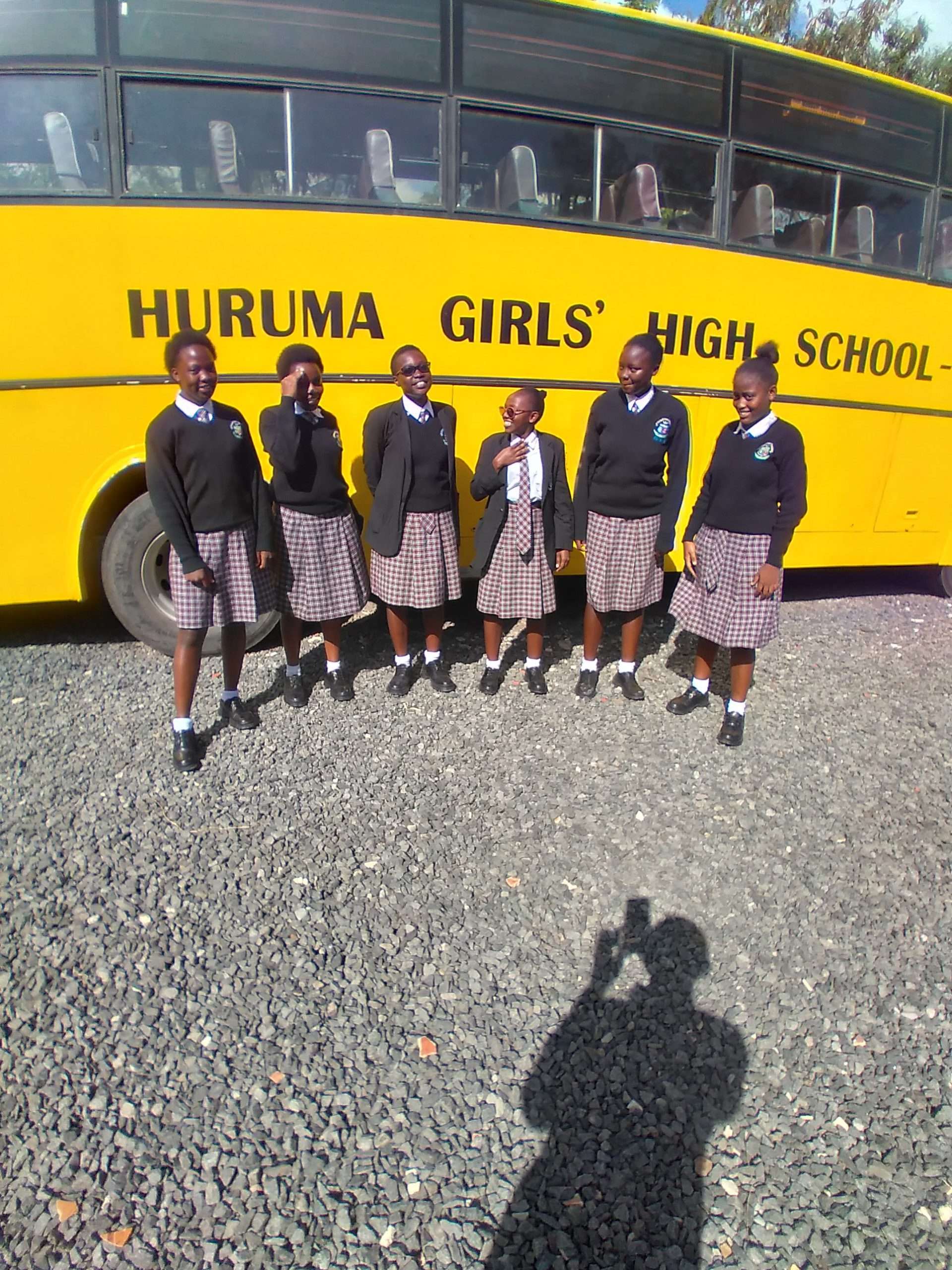 To set us off for the day’s program, Pascalia Sergon, a seasoned AHAPPY trainer, presided over a session to enable the students to remember five dimensions that complete a human being; physical, emotional, spiritual, intellectual, and social. She also led them to consider that each is a special creation of God and who has a purpose on earth. This is based on the AHAPPY modules A and B. This session involved group work where five groups of students dissected a given dimension and made a presentation on it.

Sr. Rose impressed on the subject of human dignity on the young girls, where self-respect and respect for others came into sharp focus. Further, she undertook to inspire them to live wisely making the most of God-given opportunities and resources so that they will not regret it in the future.

Caleb Mwamisi coordinated a session about ‘sexuality, HIV and AIDS, and Drug abuse’. It helped the students to discover how music and advertising are conveyor-belts of alien values and how subliminal communication is used to make the most of the off guard. Rap, Reggae, and other forms of music were scrutinized, as was advertising and pornography.

A question-answer session would follow when vexing questions came from among the 161 fourth form students, and which a panel of trainers helped to determine answers to. This gave an opportunity for further interaction and knowledge exchanging between the trainers and students and among the students.

Rosemary Thung’u took the students through a “self-discovery, new beginning, and healing session” as she partnered with Fr. Arsene of Missionaries of Africa who had led the mass in the morning. At the end of the day, the students and school fraternity were glad that the day was prepared for them.

Splendid session at Huruma Girls Nairobi, as training of Learners adjourns to 2021

Splendid session at Huruma Girls Nairobi, as training of Learners adjourns to 2021