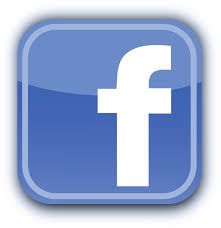 In January, Pope Francis declared that the “Internet is a gift from God”, saying it offers “immense possibilities for encounter and solidarity”. However, the Pope warned against the possible dangers of being bombarded with too much information, of spending excessive amounts of time online and of selectively accessing material that bolsters already firmly held views. Time Baluwa, from the Jesuit AIDS Project in Zimbabwe, reflects on the potential that the social media has to play in the struggle against AIDS.

Millions of people in Africa use the internet every day. Globally most internet users go online either to socialise or to get information and they use their mobile phones rather than their PCs to connect – 986 million as opposed to 300 million.

This information was handed to us during one of the sessions at the International Conference on AIDS and STIs in Africa (ICASA) that took place in Cape Town, South Africa, in December 2013. The session considered how social media could be instrumental in strengthening community systems in the struggle against HIV/AIDS.

Presenters Sara Chitambo and Elna Mcintosh from South Africa said people went online for lots of reasons. While mixing and searching for information topped the list, study, work and business, job-seeking and connecting were other reasons given. And people prefer mobile phones to access the internet because they are cheap, accessible with easy-to-use browsers and extensive coverage, and portable, slipping snugly into a pocket or wallet.

I believe that today social media is one of the key formation platforms for all and especially for young people. Its power has yet to be fully realised in the fight against HIV/AIDS and there is little doubt that it can be highly useful.

On the downside social media can, in a way, promote the spread of HIV through the encouragement of risky behaviours.

The power of social media can influence knowledge, attitudes, perceptions and beliefs – the four pillars of behaviour. Its influence has been intensified by the emergence of a culture that has grown up around social media. This social media culture promotes a kind of virtual socialisation that can actually start to affect the way we think, dress, talk and behave in real life. Take one example: it’s “cool” for young people to say “lol” (laugh out loud) because they’ve written it so many times in their tweets and Facebook conversations.

It’s harmless to “lol” but just think of other ideas that have been normalised by social media jokes and conversations: semi-nude images are ok and so are “fbs” (friends with benefits) but it’s “out of the trend/backward” to be still a virgin at 16. Does this information sink into our minds? Yes, to some extent or another, the message seeps in.

But the pervasive power of social networking can work for good too. It can be skilfully used as a tool to reduce HIV infections by forming positive ways of behaving. The church and its army of apostolates can and should take advantage of social networking and use this tool to promote the formation of young people. One way is through the subliminal messaging of positive information through jokes, games and other activities experienced on social media platforms.

Unfortunately many organisations, especially faith-based organisations, don’t use this tool with the attention and depth it deserves. We normally don’t employ a person to run our social media campaigns but rather assign someone as an afterthought. As a church, we need to embrace the pivotal role played by the internet and to use it to spread our messages more effectively. Social media is now a playground for our young people, it has become ‘the’ communication tool for our 21st century era. What are we doing about it?

World AIDS Day 2014: Treatment is good but can be better

For a Christmas that augurs a great future and hope