“Key populations at risk” – we’ve been hearing about them quite a bit in these days at ICASA. It’s not always clear who people mean when they talk about these groups but topping the list would be men who have sex with men (MSM), transgender individuals, people who inject drugs and sex workers.

The AJAN group has registered mixed feelings about the attention accorded to key populations at risk. Désiré Yamuremye SJ, Director of Service Yezu Mwiza (SYM) in Burundi said: “I see a shift in this conference towards taking treatment as prevention and dealing with key populations because they can pose a risk to themselves and others. I think it’s a good shift.”

But others are not too thrilled, not least because they fear that too much focus on these populations may detract attention from other groups that are also very vulnerable, perhaps more so, but not so loudly or prominently represented.

“I see so much stress on ‘populations most at risk’ at this conference – men who have sex with men, sex workers, but are they really a big issue in Africa?” asked Kelly Michelo SJ of the home-based care program in Chikuni, rural Zambia. “It’s definitely good to give them attention but I’m just asking myself: if the shift is too radical, how do we resolve the problems in our areas? How do we deal with the bigger issue of women, who are more likely to be infected, especially young women?”

Time agreed: “The people most affected by AIDS in Zimbabwe are average stay-at-home people, who often cannot negotiate safer sex with their husbands; the girls in universities who go with sugar daddies because they need money to finish university; the spouses who have extramarital relationships… this is what is spreading HIV in Zimbabwe.”

But many presenters at the conference have been looking at the other side of the coin. They make valid points. The groups cited above face heavy stigma and discrimination just for being who they are, quite apart from their HIV status, which could well further compound their rejection if revealed. Related to their frequent marginalization is the reality that MSMs, transgender individuals and people who inject drugs often face difficulties to access the medication and care they need.

And they do have lifestyles or are in situations that put them at high risk. “These key populations are really at high risk of infection so the idea is to stop HIV from circulating among them. If we want to stop HIV, we need to address the needs of these groups,” said Fr Désiré.

As for the fact that they are so blatantly present at the conference: “Minorities everywhere are very vocal – if they don’t make themselves heard, they fear they will be forgotten or ignored.”

It should also be said that other groups were mentioned as populations at risk at the conference, among them people living with disabilities, miners, cross-border populations, immigrants and prisoners. Young women and girls were also singled out as being at high risk and there were strong calls to put an end to pervasive gender-based violence.

Our reflection on key populations at risk versus everyone else affected by HIV/AIDS ran parallel to another conversation about the conspicuous near-absence of the Catholic Church at ICASA.

“The absence of the voice of Catholics is worrying. Normally we say silence is communicating a message. Are we communicating something? Are we saying we don’t want to be part of this?” asked Time.

The theory of Fr Désiré is that for many Catholics, the HIV/AIDS debate equals condoms – which are very much in evidence here – and so they chose to give the conference wide berth. “We, especially we pastors, bishops and priests, have to do away with this idea,” he said. “We need to move forward to take the situation as a pastoral issue on which we can give a pastoral response, keeping our moral teaching but remaining aware that not all the people of God are following our teaching, because that is the ideal. But we reach out to them nonetheless.”

The different strands of the conversation merged at this point: groups that are no strangers to marginalisation, and our calling to be where they are – our calling as followers of Jesus, who clearly made a preferential option for people shunned by others.

Recalling the Scripture reading of Jesus searching for the one lost sheep (the Gospel reading of Mass on 10 December), Fr Désiré said: “We need to make sure that no one is left behind, that we walk together in a journey of healing towards fullness of life – the vision of AJAN.” 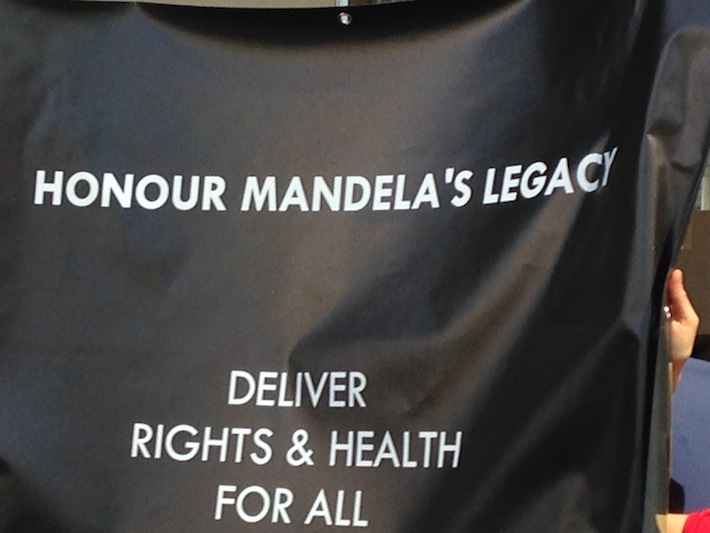