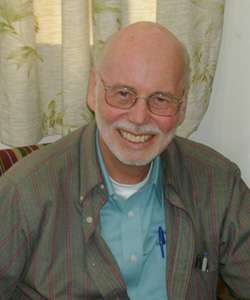 I write from St. Aloysius Gonzaga Secondary School, serving AIDS-affected youth from Kibera slum. Anita was living with AIDS in Kibera. She lived in a single room with her two children, Alice, her 20-year-old daughter who found occasional work at a hair-dressing salon, and, Morry, her 15-year old son in Form 2 at St. Aloysius. Anita suffered mental problems and alcohol abuse; she was depressed and refused her medication and became too sick to survive. She was dying, and Alice and Morry, tried to make her comfortable. Jeff from our St. Aloysius’ staff would visit, and Anita knew that this would be the last time. She asked Jeff, “Will you take care of Morry after I die.” Jeff just replied simply, “We will.” Knowing that Alice could make her way and that St. Aloysius would care for Morry, Anita died at peace.

John the Evangelist, reflecting on the death of the crucified Jesus, quoted from the scriptures, “They will look on him whom they have pierced.” John has a theology of looking, not just an external looking, of course, but a looking that is a pondering which leads to discovering deep spiritual meaning. If we look deeply, do we see that Jesus dies for the truth of his mission, namely that his Father loves each and every human as his son or daughter? This means that we are all sisters and brothers and must work for justice and love for all. When that truth threatened the security of those in power, he was willing to die for the truth of God’s love and in the belief that it would be victorious.